Clarkston is a city in Oakland County, Michigan, United States. A northern suburb of Detroit, located about 34 mi northwest of downtown Detroit, Clarkston is surrounded by Independence Township, but administered independently since its incorporation in 1992. At the 2010 census, the city had a population of 882. With a total land area of 0.44 square miles, Clarkston is the smallest city by land area in the state of Michigan. 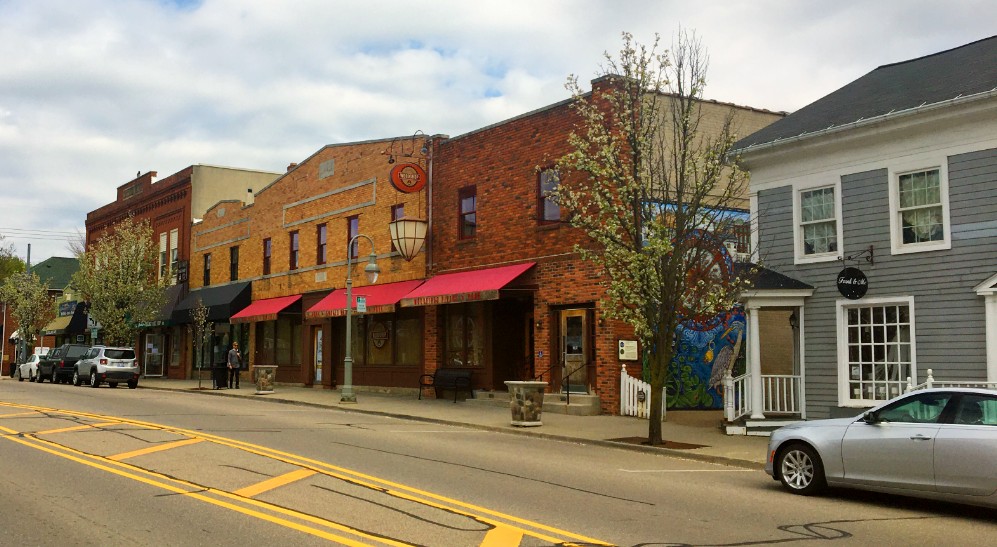 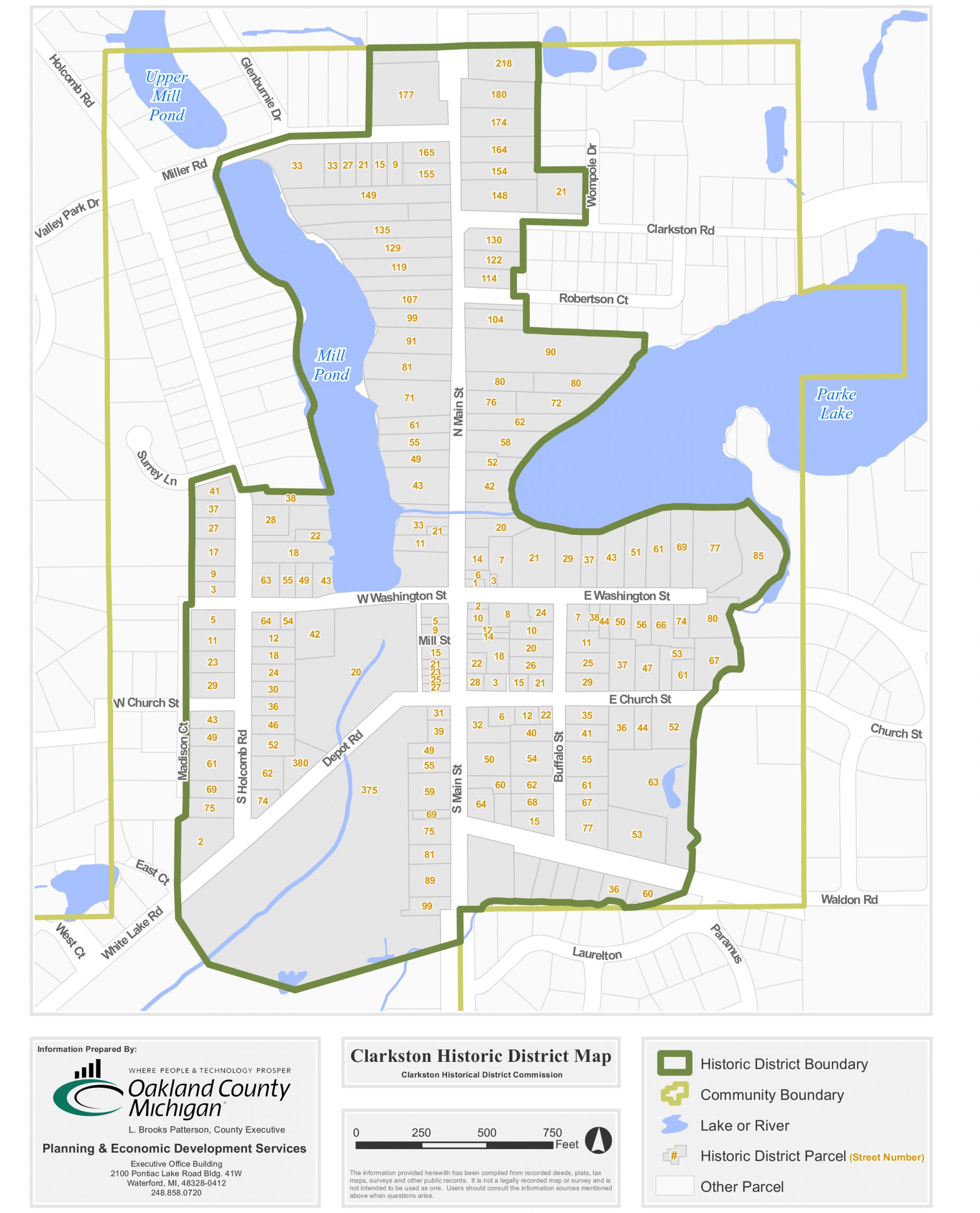 Squatter Linux Jacox from New York built the first house, a Shanty, in Clarkston in 1830. In 1832, Butler Holcomb built the second house and a sawmill. On December 12, 1840, the Independence post office was transferred to the community and assumed its name. In 1842, the Clark brothers platted a tract of land for a village and gave it the name Clarkston. Clarkston was incorporated in 1884 as a village.

In 1992, the village of Clarkston was incorporated as a city.

The Village of Clarkston was designated a Michigan State Historic Site on January 16, 1976 and was listed on the National Register of Historic Places on May 15, 1979.

Established in 1832, the City of the Village of Clarkston features historic charm in the heart of Oakland County. This one-half square mile community is surrounded by Independence Township, home to approximately 900 people and within close proximity of I-75 and Dixie Highway. 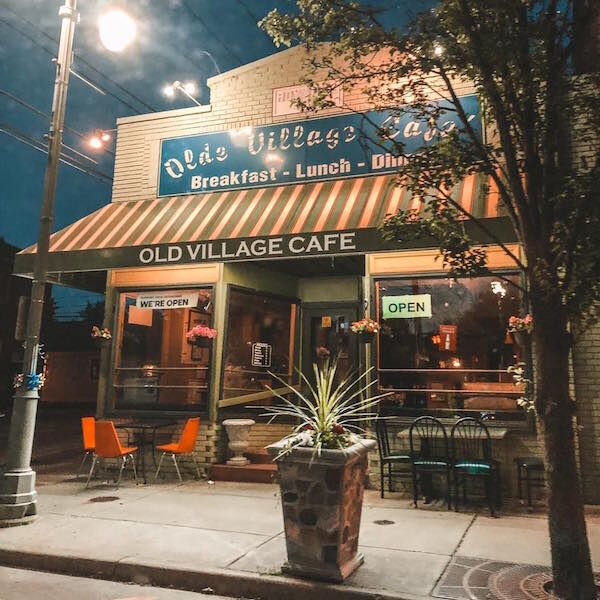 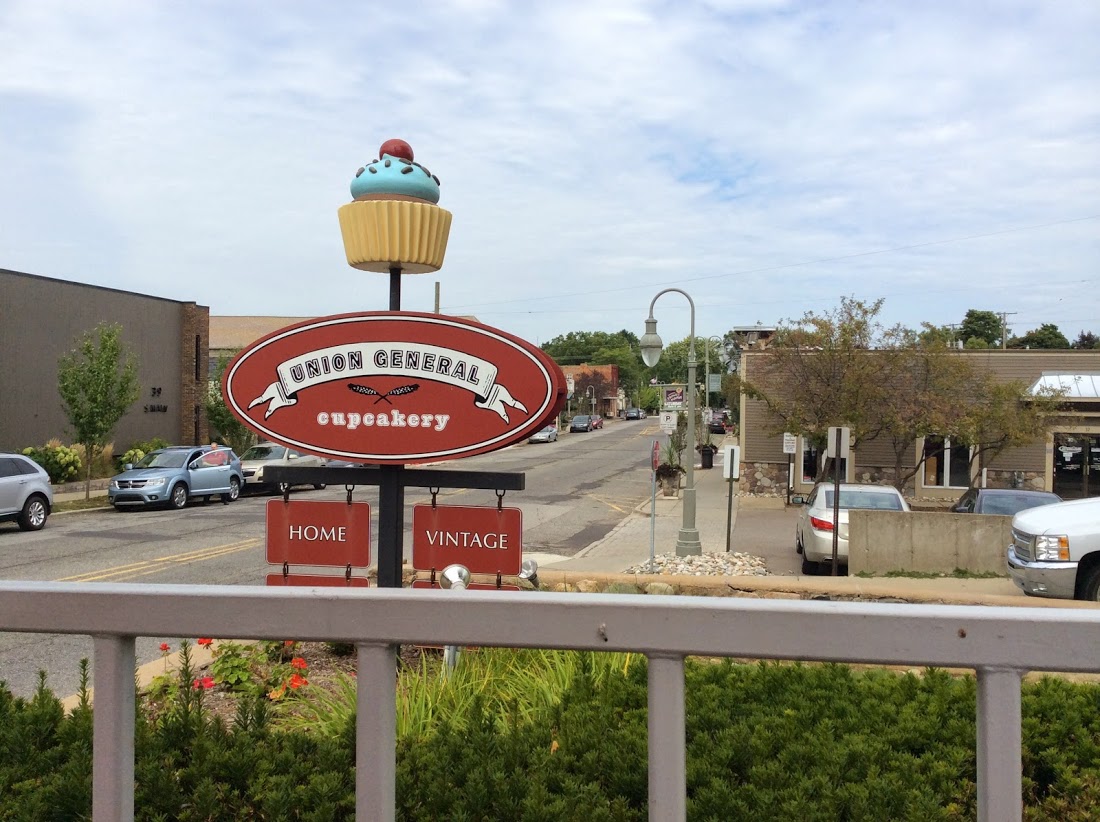 Clarkston’s downtown, which has been designated a National Historical Site, features a picturesque main street lined with unique shops, eateries and businesses. Throughout the year Clarkston is host to several events including concerts in Depot Park, parades, festivals, and an art fair. The historic homes in the city reflect Clarkston’s heritage, giving the community an air of timeless elegance.

The 36-square-mile area of Independence Township surrounding the quaint village of Clarkston offers the beauty of country living with the conveniences of a modern city. With Depot Park and Deer Lake Beach within its limits, and a county park (Independence Oaks) nearby, Clarkston offers families ample leisure time activities.

Clarkston was recently named as Forbes Magazine's Top Suburb to Live Well, citing our graduation rates and class sizes, our MEAP scores, and education. Our grades are among the best in Oakland County, and last year alone, our graduates earned over $5 million in scholarships. 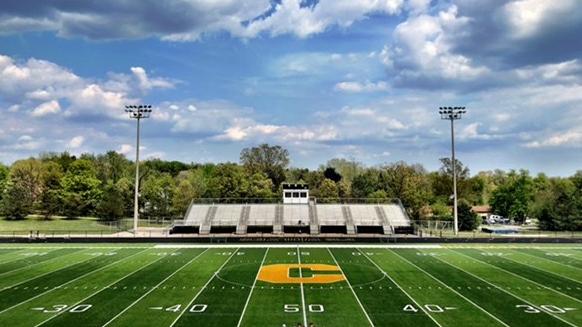 The Clarkston Area Chamber of Commerce sponsors Concerts in the Park, presented by McLaren Clarkston. 6 FREE concerts held in Depot Park, located in the heart of Historic Downtown Clarkston. Concerts are on Friday evenings beginning in June and running through mid-to-late July. Local talent warm up groups play prior to headliners, with the headliners performing from 7:00p.m. - 9:00p.m. For more information on exact dates and who will be performing visit the Chamber's website.

There are so many wonderful Community Events that happen each year here in the City of the Village of Clarkston. Below are some of the most popular reoccurring events you can expect to see here in our City. Click on the icons to be directed to the organizer's website to receive more information. 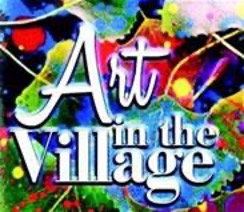 Art in the Village

For four decades, Art in the Village has been an autumn tradition in Clarkston, bringing thousands of shoppers to the city’s historic Depot Park. Always held on a September weekend, this show is hosted by the Clarkston Community Historical Society and features carefully selected artisans from across the region. 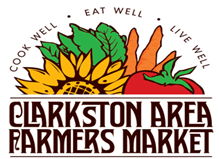 Open Saturdays from the beginning of June through the beginning of October, 9 a.m. to 1 p.m. (check their website for exact dates, as it may change from year to year). The Market is located at the Clarkston Community Education Center, 6558 Waldon Road, Clarkston, Mi. 48346 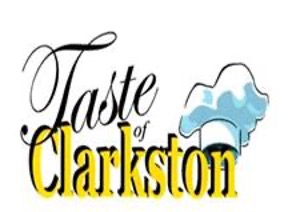 The Taste of Clarkston is co-hosted by the Clarkston Area Chamber of Commerce and Independence Township Parks & Recreation with some additional support by the City of the Village of Clarkston.

A collaborative learning environment where students, staff, and families are challenged, healthy, engaged, safe, and supported.

Clarkston Community Schools is a highly regarded school district with an enrollment of approximately 7,500 students. We have seven elementary schools (K-5), one middle school serving grades 6-7, one junior high for grades 8-9, and Clarkston High School, which serves students in grades 10-12. We also have a virtual academy, an Early Childhood Center serving children ages 3-5, and an alternative high school/community education facility.

Our students are well-prepared for a future that excites them and believe that they can achieve their dreams. Our community embraces that students are unique, and that each child can achieve their personal best. We strive to meet our students’ individual needs through whole-person development, foundational and academic skills, student-focused learning, and focusing on future pathways. 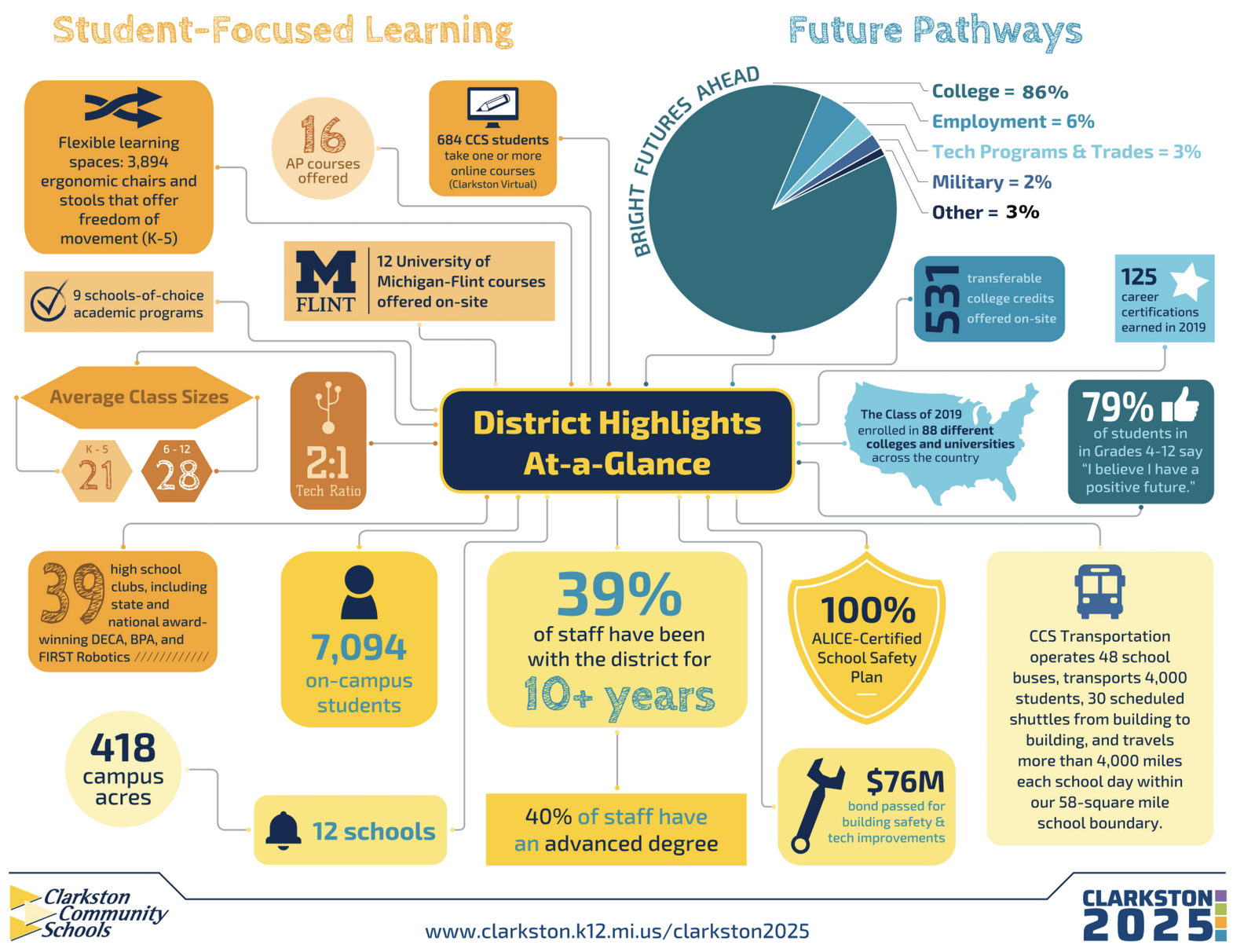 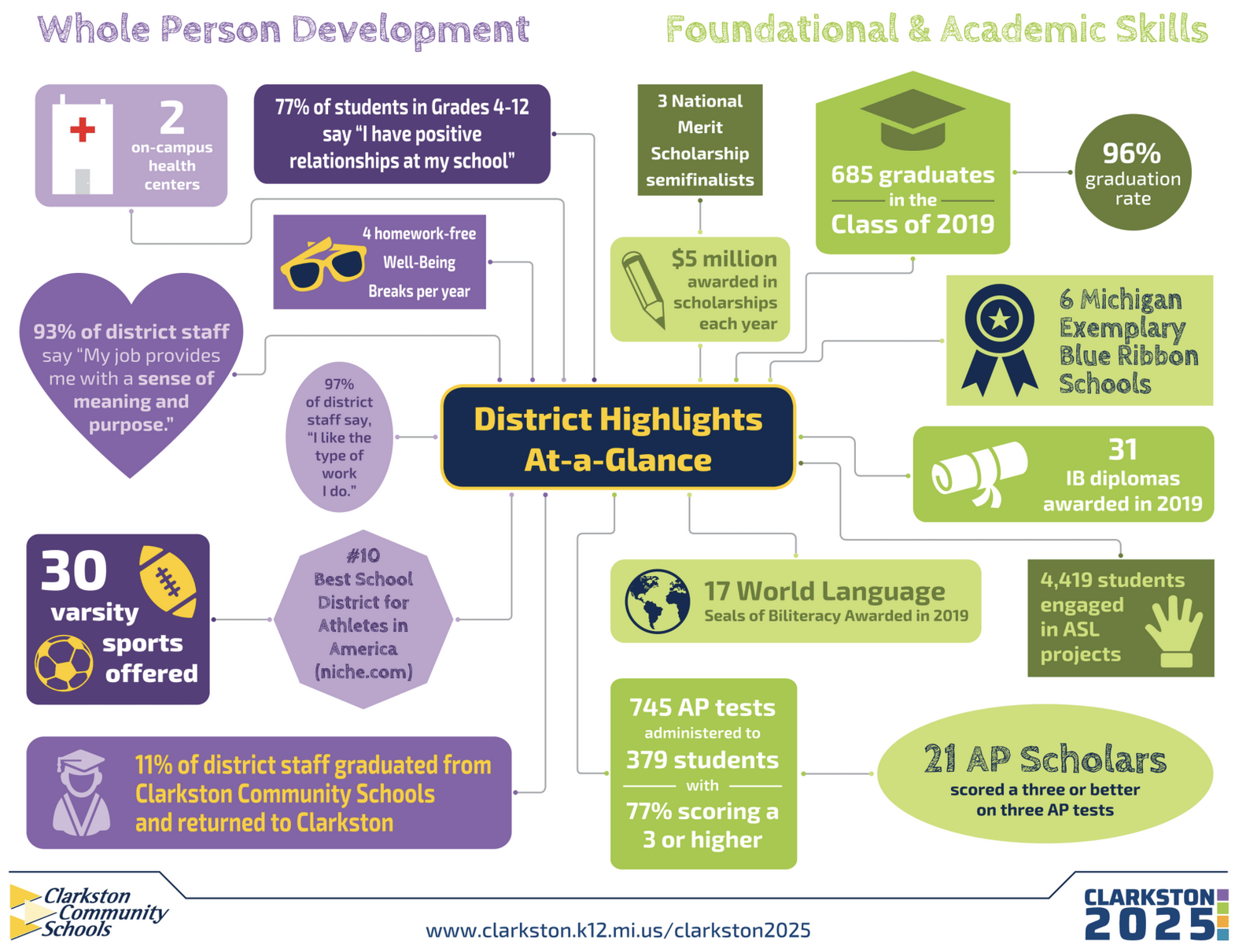 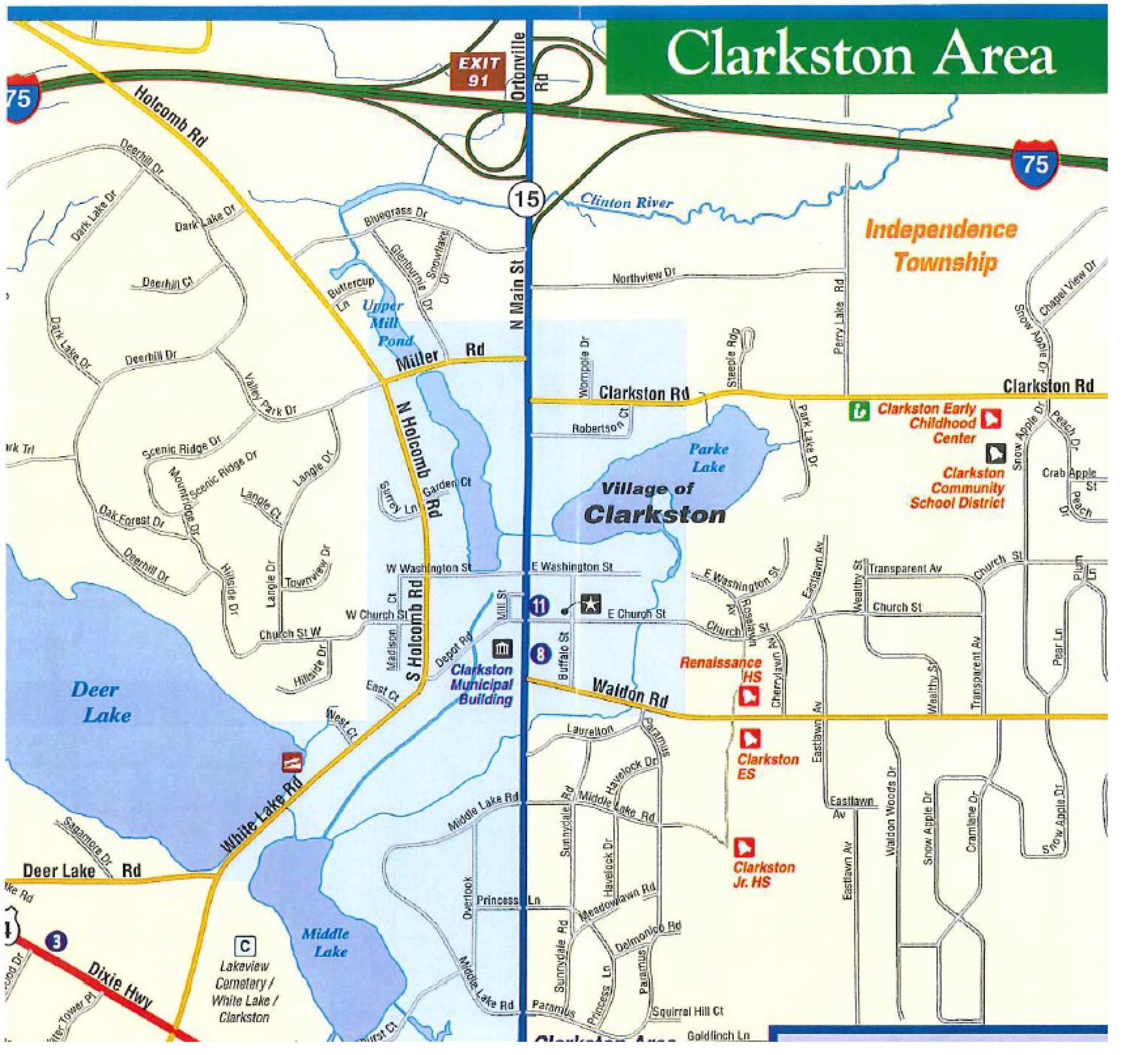 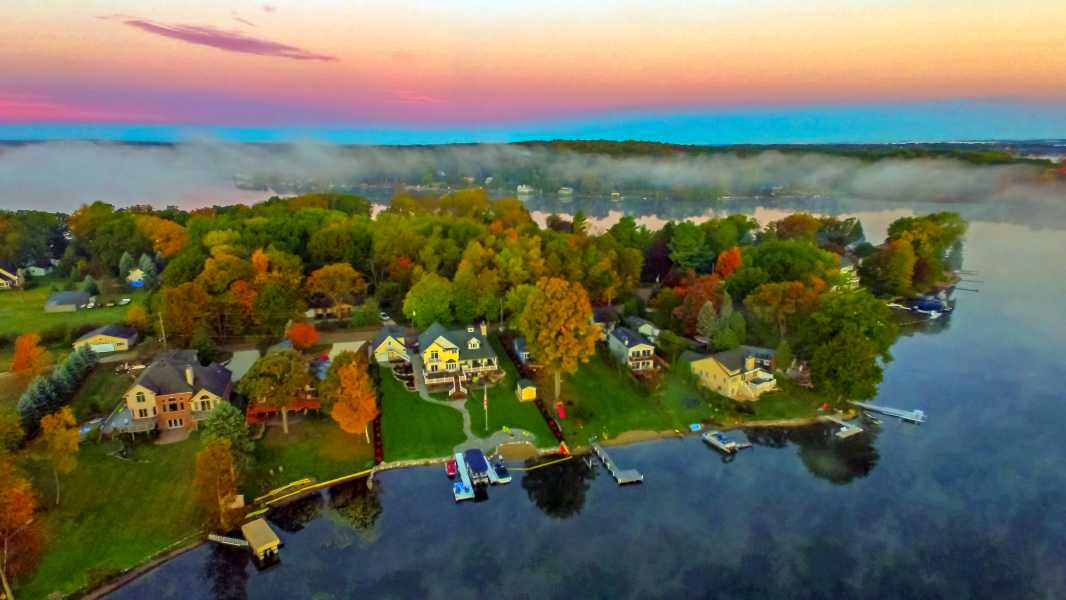 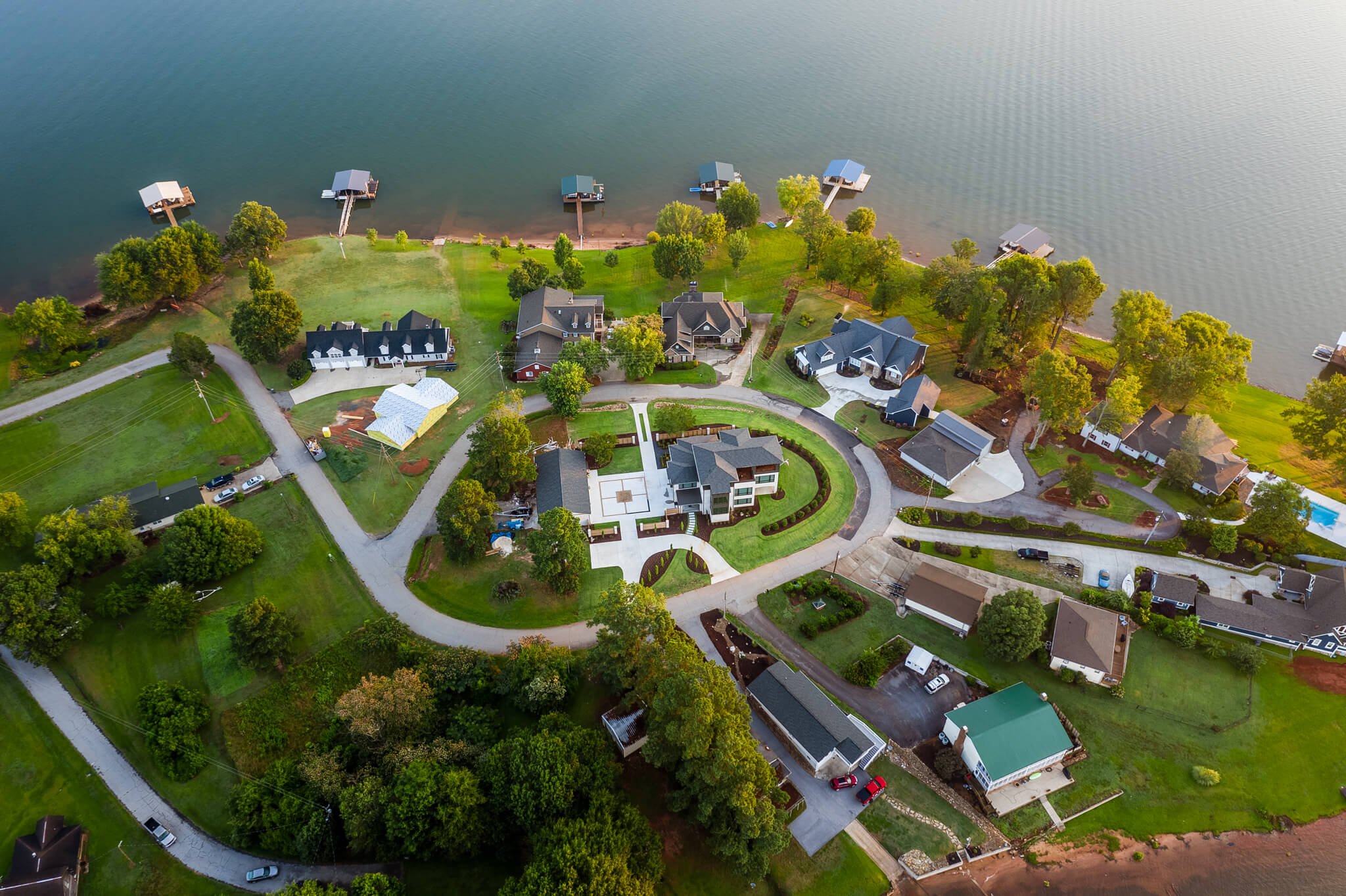 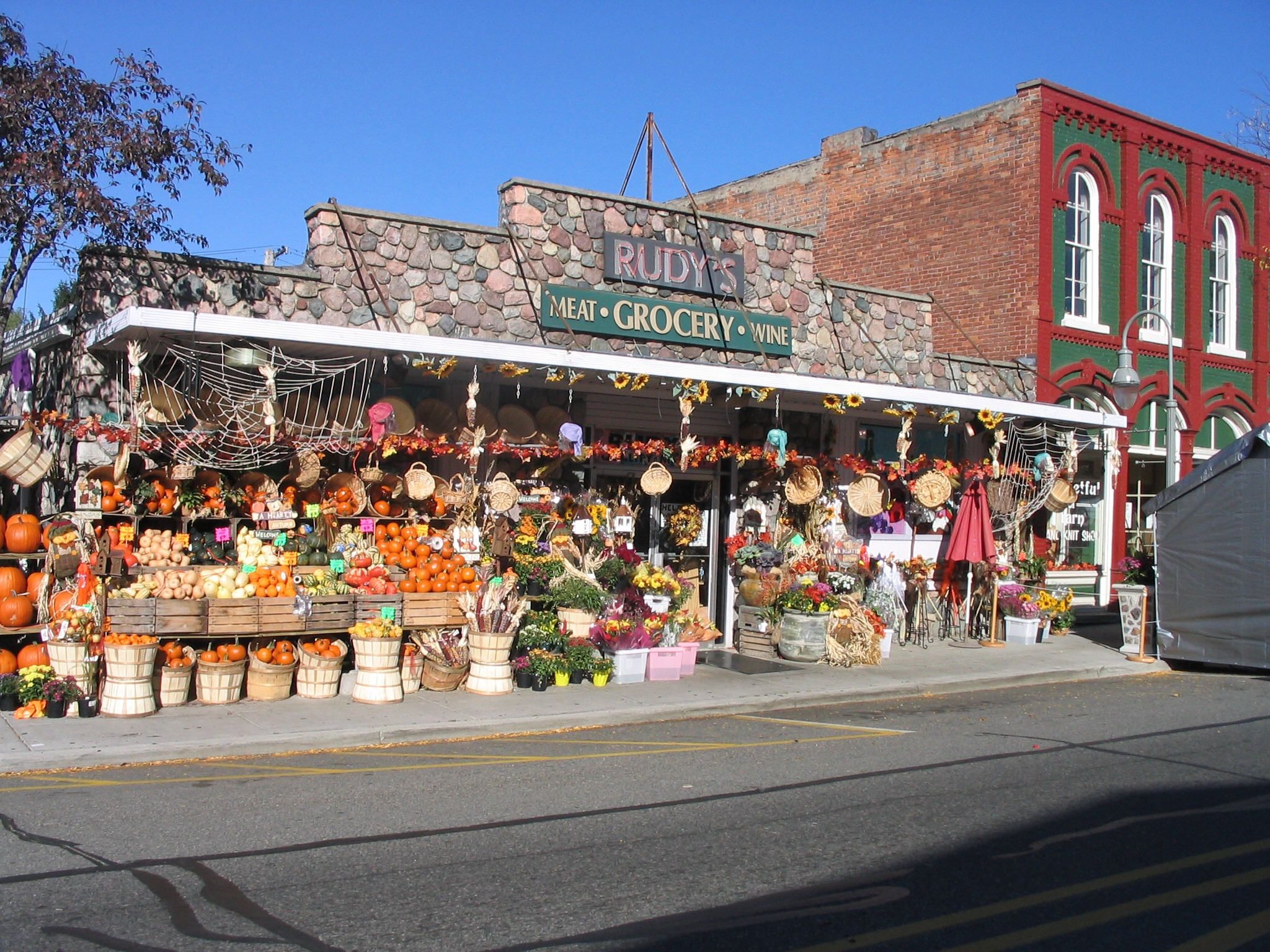 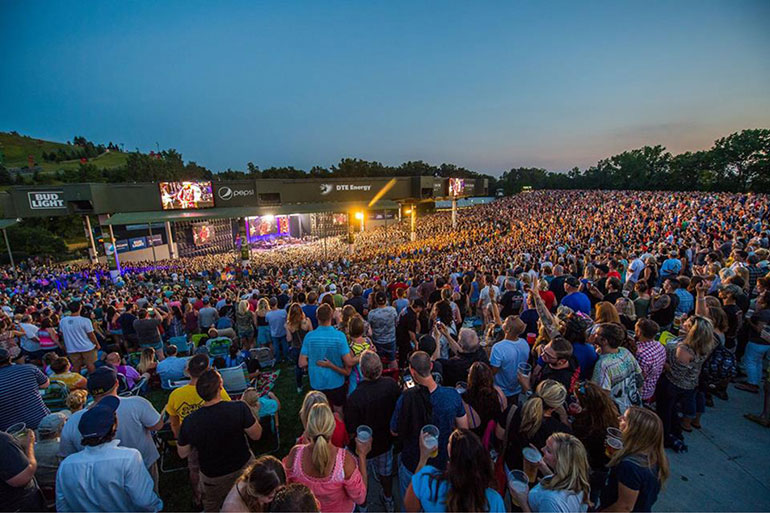 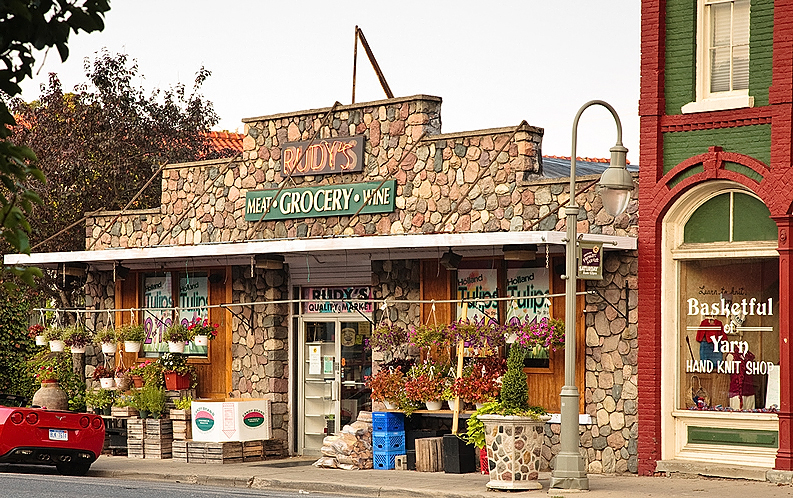 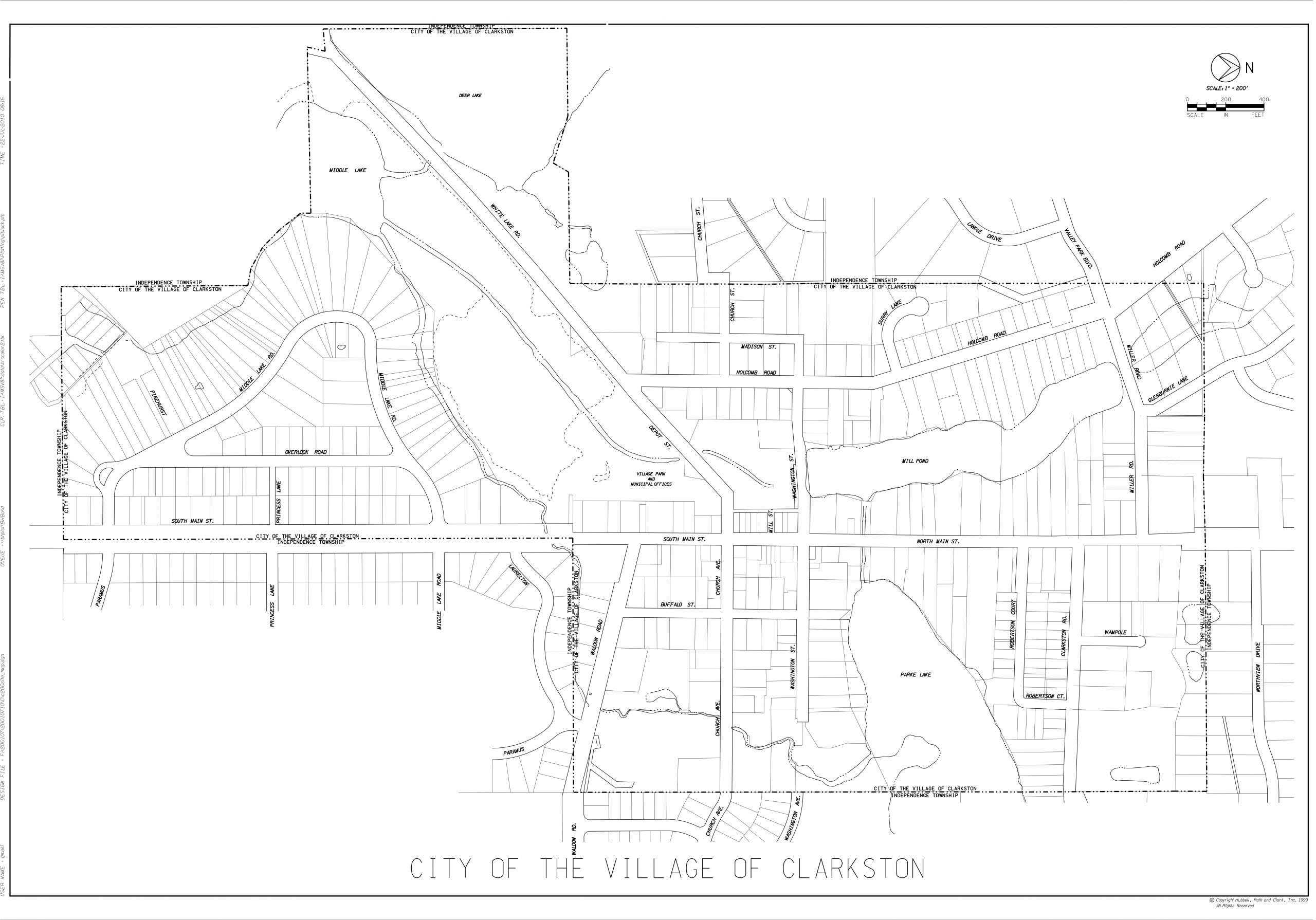 Clarkston History in the making

Thank you for your inquiry.